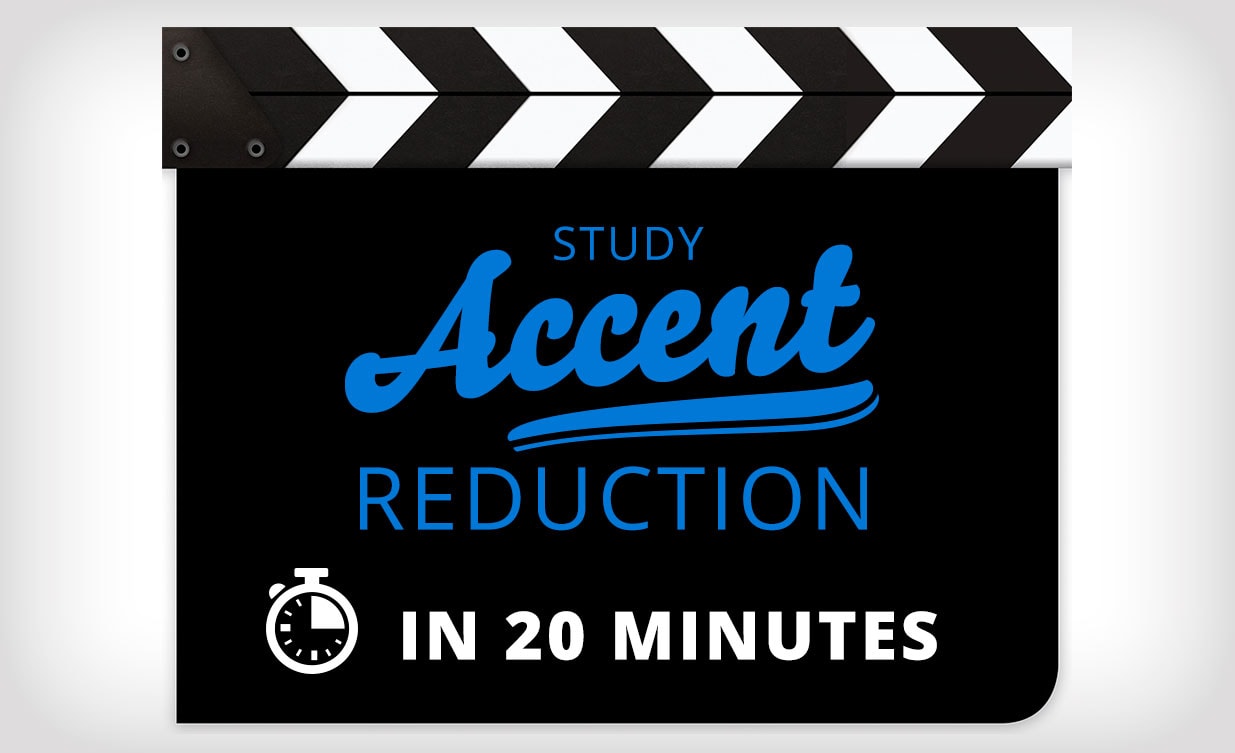 Keep reading to learn more about the main areas that you will need to address when trying to reduce your accent. This is only a start, but it will help you understand what you need to before you begin you accent reduction classes.

“Speaking with a standard, neutral American accent is not easy, but it can be done!“

Forget everything you have studied, and all of the enunciation lessons that your school teachers gave you. This article will help educate you about some of the main techniques that you can use to sound more like a native speaker.

Reducing your accent takes a bit of knowledge and a lot of practice.

Remember, everyone speaks a little differently so you’ll hear many different accents as you travel across the country. Today, I will introduce you to some of the speech patterns associated with different people in different geographic areas across the USA.

Accent reduction is not an exact science so keep an open-mind and, most importantly, keep your ears open to try to hear the patterns and techniques I will discuss today.

The “nitty-gritty” of the language

Before we begin, it’s important that you learn, or refresh, the necessary terms below. You probably learned these terms when you were very young, but it doesn’t hurt to refresh.

YOU CANNOT SAY THESE CORRECTLY IF YOU DON’T OPEN YOUR MOUTH!Focus on keeping your mouth open when saying most of these sounds. That is not to say that all of these sounds are open sounds, but I have noticed that many students are not opening their mouths wide enough to pronounce many English vowel sounds.

It is important to learn the difference between voiced and voiceless consonants. Most students have problems with the voiced consonants, in particular at the end of the word. To show you what I mean I will give you a couple examples.

Listen to a native speaker pronounce the following words:

There is a lot to learn, but in a few accent reduction classes you will have learned the basics and have a better ear to start picking up different sounds on your own.

Have you ever thought that your speech sounds choppy? This might be because you are not linking or connecting the words and sounds which a native English speaker would usually connect. Follow the rules related to linking words to speak more fluidly.

Typically, when a word finishes with a consonant sound and and is followed by a word that starts with a vowel sound, we can connect the two words by putting the consonant onto the vowel sound at the beginning of the next word.

We usually pronounce a /t/ as a /d/ when it is followed by vowel sound.

Americans also often pronounce the /t/ as a /d/ sound in the middle of a word when a /t/ is between two vowels or “open sounds”.

We generally link a word which ends with the the same sound as the following word starts with.

We usually connect words when the first word finishes in a vowel sound and the next word begins with a vowel. Read the word pairs below connecting the two words together with either a /y/ or /w/ sound as written.

Check out some of these common linking or connecting patterns. Practice them to help you sound more like a native speaker. Not everybody uses these specific patterns but they are very common in standard neutral speech.

The following letter combinations are often linked with a soft /j/ sound, as in juice

The following letter combinations are often linked with a soft /ch/ sound, as in chicken:

Every language, or even dialect, has a rhythm or stress pattern which is familiar to speakers of that language. English is no different. One of the most important points to pay attention to when studying accent reduction is the word stress pattern, also known as sentence stress pattern.

The word or words we choose to stress can change the meaning of the sentence. Read the sentences below placing the emphasis on the bolded word.

A compound noun is a noun made up of two words. These words can be separated as two words or combined into one word. We generally stress the first word in the pair. See what I mean by reading the words below stressing the bolded portion.

Read the numbers, names, dates, and acronyms below stressing the bolded parts. Do you notice a pattern? In English we generally push the stress to the end. Remember, stress is making the vowel sound longer not louder!

Don’t get too carried away with all of these rules and techniques to forget to breathe. When we speak or read we make small pauses and break up our sentences into little groups, often called thought groups. Sometimes these thought groups are set apart with commas and other punctuation, but many times they are not. A good rule of thumb is to pause, even for a split second, after every stressed word.

So now you know which word to stress, but what if the word has more than one syllable? Learning which syllable to stress, or elongate, is equally as important as learning which word to stress within a sentence. Let me explain what I mean. Read the name Argentina. Now sing it like Madonna did, “….don’t cry for me Argentiiina…” Why did she stretch out that particular vowel sound? The answer is, I don’t know, but she did.

There are few rules or patterns to guide you with learning which syllable stress. In most cases, like everything else when you study accent reduction, you will just need to have a good ear and the willingness to give it a try.

I will give you a couple of some common syllable stress patterns below.

Stressing the syllable in words ending in -ate is very difficult for many students. This is because in many languages these words are very similar and the stress is placed on the last syllable. In English, however, we place the stress two syllables before -ate or on the first syllable. Read the words below, elongating the bolded vowel sound.

Further study suggestion:  After practicing stressing the correct syllable, try to hear if you can hear how the vowel sound within -ate changes when these words are used as adjectives and nouns.

Can you hear the difference? If not, I am here to help! Just ask me to explain what I mean and I will prepare a lesson for you.

Many -ate words get the the suffix -ation when they become nouns. When a noun ends in -tion, or -sion, we stress the /a/ before the suffix. Read the following words placing the stress on the /a/ sound.

Are there more rules I can learn about syllable stress and/or word stress?

Yes, there are quite a few more. Too many for me to list them all today. That’s why, we titled this article Study Accent Reduction in 20 Minutes. However, by now you will have started hearing some of these common patterns. The key is to learn each rule or pattern step by step and then throw yourself into practice and repetition.

Intonation in a Statement

We usually lower our voice at the end of a sentence or statement to produce a falling intonation.

Intonation in a WH-QUESTIONS

We usually lower our voice at the end of a WH-question (open question) to produce a falling intonation.

Intonation in a Yes / No QUESTIONS

We usually raise our pitch at the end of a Yes/No-question (closed question) to produce a rising intonation.

Have you reduced your accent? Not completely, I am sure. However I hope that I have been able to give you some pointers and answered some questions for you about getting started with accent reduction.

The above lesson was only an introduction to some of the most important concepts you need to begin working on in order to reduce your accent and sound like native English speaker.

It is a lot of work, but it is possible! If you implement the techniques we have learned, people will understand you better and won’t question you as much.

To begin reducing your accent today, call us and we will send you a free accent screening and information about accent reduction classes.