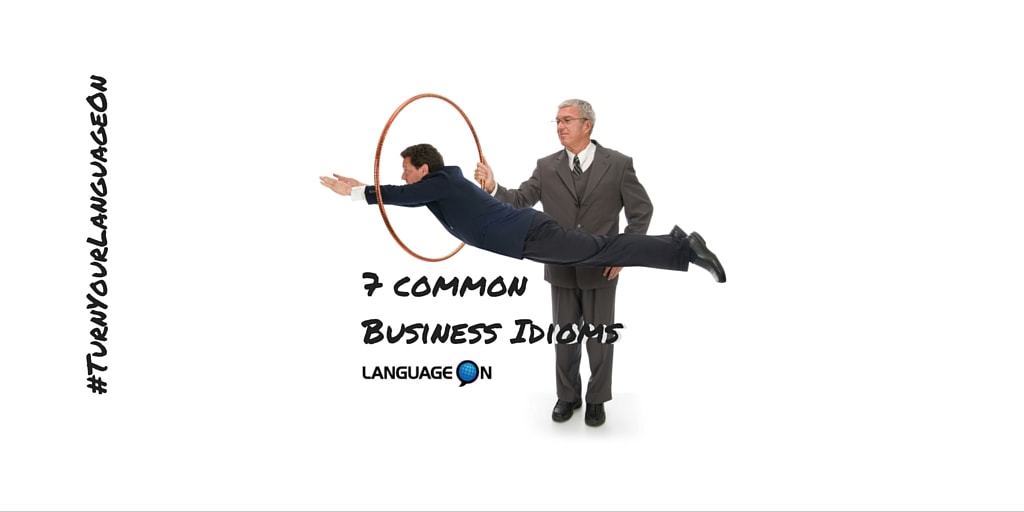 Study common business idioms used in American English. Learning idioms is important for listening and reading comprehension as well as improving your speaking. These idioms are commonly used in business as well as in more informal settings.

I didn’t want to “re-invent the wheel”, so I’ve listed below 7 of the most commonly used idioms in the business world.  I’ve also included examples of their usage.  I think that “at the end of the day” these 7 are among the most useful business idioms available.

Definition: to calculate figures in a quick manner; to provide a rough estimate

Example: The Nigerian scientists were able to show that they could send a manned mission to Pluto based on some back-of-the-envelope” calculations.

Definition: to endure any hardships or difficulties in attempting to achieve a specific goal

Example: John Dough had to bite the bullet by flying in economy class, instead of his usual business class, on his business trip to Hong Kong.

Definition: a particular product or service that provides a company with a substantial and steady source of revenue

Example: The children’s class “English Zoo” proved to be a cash cow for the language school.

Definition: the condition of having an excessive number of tasks to complete

Example: The business executive for the company realized that he had a lot on his plate while he was working 24-hour days.

Definition: The condition of having to complete an excessive, and possibly unreasonable, number of tasks in succession in order to achieve a particular goal.

Example: The ESL teacher in Cambodia had to jump through hoops in order to be approved for a new whiteboard marker.

Definition:  the process of solving problems or deficiencies in getting a particular product or process to be viable

Example: The novice inventor had to work out some kinks in his new invention before it was ready to be sold.

Definition: an employee (traditionally a male) who always agrees with whatever his boss says

Example: When his boss claimed that Bolivia was poised to be the next world power, Tommy readily agreed. He’s such a yes man.